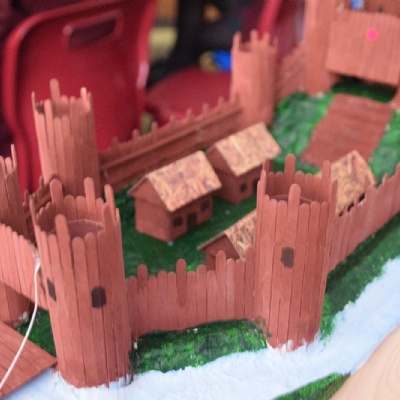 Pupils were asked to show their understanding of castles and their defences by designing or creating a drawing or model of a castle.  The drawing or model needed to be of a typical castle such as a motte and bailey or a Norman stone keep.

Pupils were asked to depicit the defensive methods used in their drawing or model.  They needed to explain the reasons why castles were used in the medieval period and how this helped the Normans keep control of England after the invasion of 1066.

One group worked together to produce a computer generated kingdom called 'Whitecrest', including fortified castle.  They then created a powerpoint presentation which they delivered to the class. 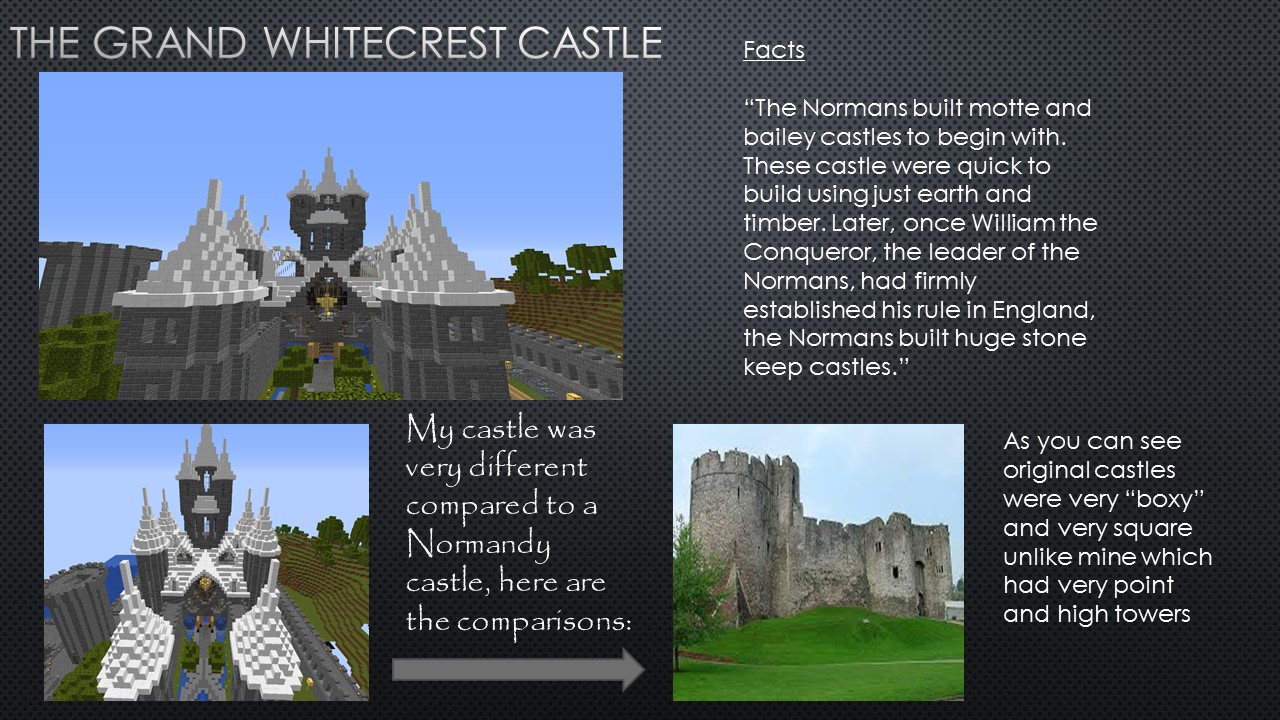